Celebrating the 60th Anniversary of “The Dam Busters”

HomeEventsCelebrating the 60th Anniversary of “The Dam... 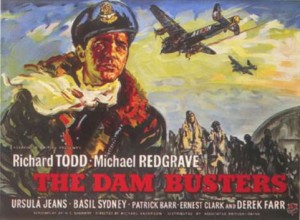 Even better, a full Lancaster crew of seven welcomed Mayors Worster and Butler  of the Councils of Hertsmere and Elstree & Borehamwood and the rest of the audience. 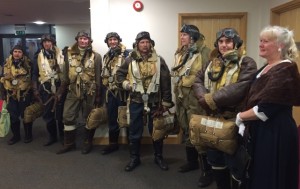 Our most special guests were Brian Osborne and Kelvin Pike, two members of the  film crew of “The Dam Busters”. Its Director, Michael Anderson, now in his 90s  and living in Canada, sent a message read out by Paul Welsh, Chair of Elstree  Screen Heritage: “I will be thinking of you all, and wishing I were there  to experience this great moment and he many memories it recalls”

Paul also read an anecdote from Michael describing how the first Lancaster flypast  almost took the top off an aircraft hangar,                 a moment which the audience recognised  minutes later during       the screening.

As Kelvin Pike said, it was “a super evening, fantastic, with real period atmosphere”.

Here’s to many more celebrations of the films of the studios of Elstree & Borehamwood.

A unique souvenir is still available, the Lincolnshire Lancaster
Association’s 100-page glossy magazine, for only £4.00 plus P+P