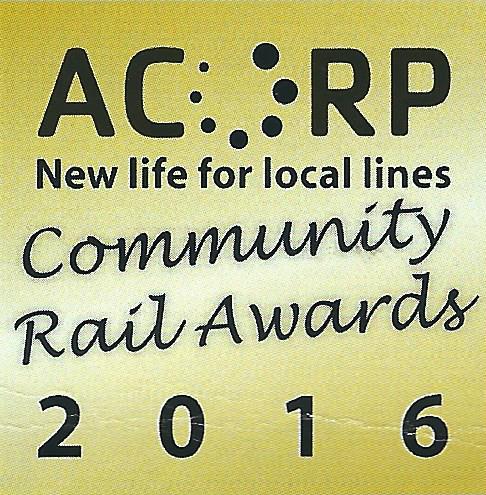 “You have to be in it to win it!”, and this year Thameslink’s Elstree & Borehamwood station was shortlisted for the “It’s Your Station” category of the Association of Community Rail (ACORP) Awards. ACoRP is a national body which encourages community involvement with local rail stations.

Shortlisted by ACoRP for its prestigious gold award, Elstree & Borehamwood station has been transformed over several years by the efforts of local community group “First Impressions” to reflect the uniqueness of the community and its rich film and TV heritage.

Earlier this year Thameslink recognised those efforts by agreeing for “First Impressions” to formally adopt the location as “station partner”. From wall sculptures, heritage panels, stars in the pavement, a new “welcome wall” and planters, this location has gradually become less an eyesore and more a place where people feel at ease.

The reaction of James Gillett, Station Manager, was: “I am so proud of the achievements of the station partnership. Although we didn’t win the award as such, just to be nominated in this national award was major recognition of what can be done by working together. It’s certainly given us food for thought for the future.”

Back from the awards ceremony in Southport, Bob Redman, Chair of “First Impressions”, has said: “Of course we’d have preferred to have won the national gold award, but to have been a finalist confirms what local residents and visitors have told us.

Elstree & Borehamwood has deserved a better station for years. We’ve now made the best of what we have, although “First Impressions” still has a few more improvements up its sleeve. But the real prize will be a new station, designed to satisfy rail passengers far into the future. Watch this space.”