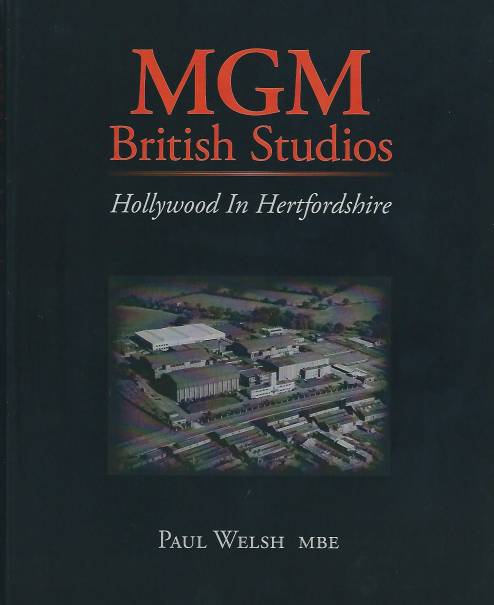 If there was ever a ‘Rolls Royce’ of British film studios, it was MGM British, which stood on 115 acres off Elstree Way from 1936 until 1970, where it produced world-famous films, attracting many of Hollywood’s most legendary stars.

The next twenty-five plus years saw a steady stream of stars in MGM films and those of other production companies, creating such well-remembered films as Ivanhoe, Mogambo, The Man Who Never Was, Inn of the Sixth Happiness, Village of the Damned, The VIPs, The Dirty Dozen, 2001: A Space Odyssey, Where Eagles Dare and such TV series as Danger Man, The Prisoner and UFO.

In 1969, while a crew was on location in Singapore preparing to start work on Man’s Fate under Oscar-winning Hollywood director Fred Zinnemann, filming was suddenly cancelled. The MGM British studios closed in early 1970; MGM shared premises with EMI at what is now Elstree Studios until 1973 when it withdrew completely from the UK production scene.

2020 is the 50th anniversary of the sudden closure of MGM British Studios. Before the outbreak of the coronavirus pandemic, Elstree Screen Heritage had prepared plans to celebrate the many achievements of the studio, including a Summer-long exhibition at Elstree & Borehamwood Museum.

These plans are now ‘on hold’ but we have published Paul Welsh’s long-awaited book MGM British Studios: Hollywood in Hertfordshire.  Over 300 pages long and containing more than 400 photos and drawings, most never previously published, this book tells the stories of the talented staff who worked in front of or behind the cameras.  Many of these men and women belonged to ‘film families’ of Elstree & Borehamwood.

The book costs £20 (plus postage and packaging).

All proceeds from the sale of this book are being donated to Elstree Screen Heritage and Elstree & Borehamwood Museum to salute the voluntary work both organisations do to preserve our unique heritage.

You can purchase a copy via the PayPal link below, or, if you prefer, post a cheque (including postage and packaging – details below) to Elstree Screen Heritage c/o 85 Deacons Hill Road, Elstree, Herts., WD6 3HZ