From “Central Place” to “Centenary Place” 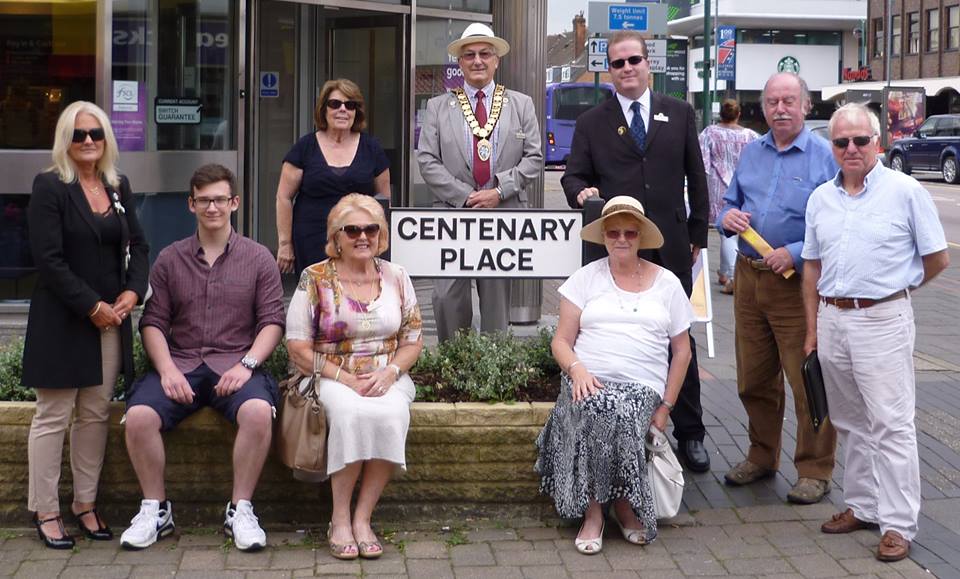 When special banners started to go up during the celebration of the local centenary of film-making in 2014, Central Place was identified as a key site.  Located halfway down Shenley Road and close to the new Community Centre as well as our remaining cinema, it seemed the right place for banners.

But over the years the long planters had been neglected, until they contained only weeds and the stumps of a few laurel shrubs. 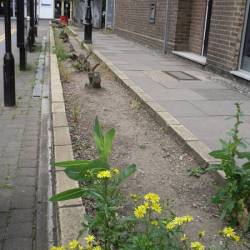 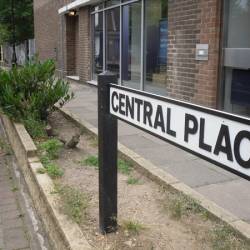 With financial support from Elstree & Borehamwood Town Council and the enthusiastic efforts of the Youth Council, the planters received a complete make-over. 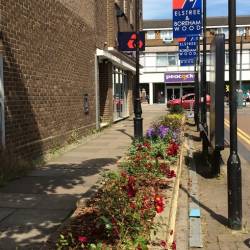 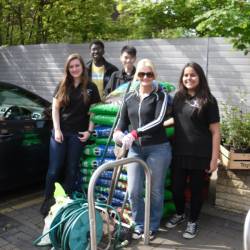 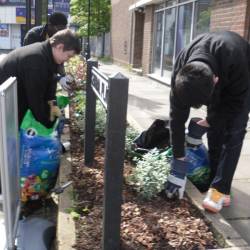 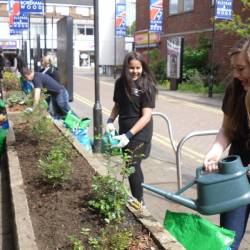 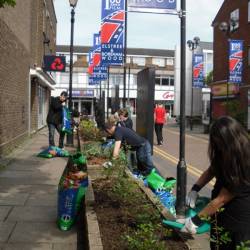 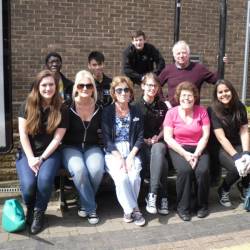 In 2015 as a measure of its enthusiasm for this reclaimed public space, the Town Council, with support from Hertsmere Borough Council, set about to rename it as “Centenary Place”

Last Friday Mayor Clive Butchins welcomed representatives of the various groups to join him and his Town Council colleagues in “unveiling” the renamed “Centenary Place” as a lasting reminder of the Town’s very special claim to fame, its unique and continuing role in film and television production. 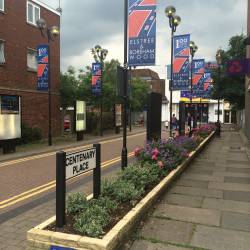 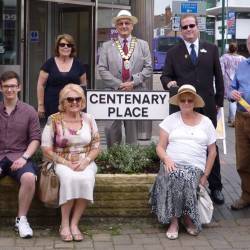