Following the disruption faced by Thameslink passengers after new timetables were introduced in May last year, the Secretary of State for Transport has announced that GTR (Govia Thameslink Railways) will contribute £15 million towards a Passenger Benefit Fund.

Taking into account the inconvenience suffered by passengers here in Elstree & Borehamwood, our station has been allocated a potential grant of £80,000

This is a new fund and has nothing to do with refunds paid to individual customers. 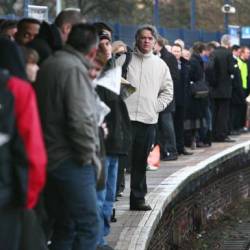 How Will It Work?

Before the end of July, local passengers and groups need to submit their ideas for how the potential grant could best be spent to the benefit of passengers at their railway station. Over 280 stations are involved.

This money could be spent on projects to improve the station and its vicinity, or on supporting GTR’s efforts to provide more accurate and timely information to passengers.  On its website, GTR has suggested examples of such projects.

In August and September, GTR will review all bids and then decide how much grant funding to award to each station. It is by no means certain that GTR will award the full grant, which in our case is £80,000.

What Is First Impressions?

Over 10 years ago local voluntary group Elstree Screen Heritage proposed a joint initiative with the Town, Borough and County Councils as well as Thameslink, the train operator.

The aim of this alliance was to make local public spaces more welcoming and attractive by adding artwork featuring our unique film and TV heritage. Much of our work has been at the railway station, a key gateway to Elstree & Borehamwood.

Over the years, the station and its forecourt have been transformed, an effort appreciated by residents and recognised by ACoRP, the national Association of Community Rail Partnerships. 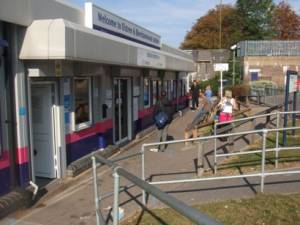 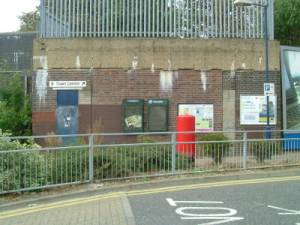 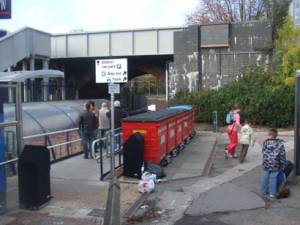 The path to Elstree & Borehamwood 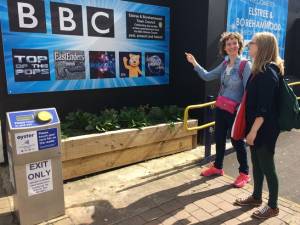 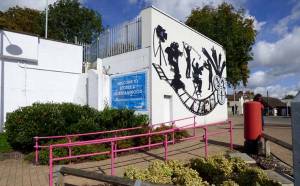 The film and TV mural on the old wall

Our new station at night

GTR has asked First Impressions and local groups at other stations to pull together ideas on how best to invest funds to the benefit of our local rail passengers.

The suggestions and priorities of each Council will form part of a combined bid to GTR, but we need to know what passengers think.

Using this simple survey, your suggestions will be combined with those of the Councils and local groups (e.g. EBRA, the Residents Association) to create a bid which is inclusive and convincing on behalf of Elstree & Borehamwood.

You may prefer to contact GTR direct using its own online survey form, but if you do, we will not be able to include what you tell GTR in the bid we are preparing locally.

How Can I Find Out More?

If you can’t find an answer there to your question, please feel free to contact First Impressions.

How Can I Tell You My Ideas?

Please take a minute or so now to take part in the survey.