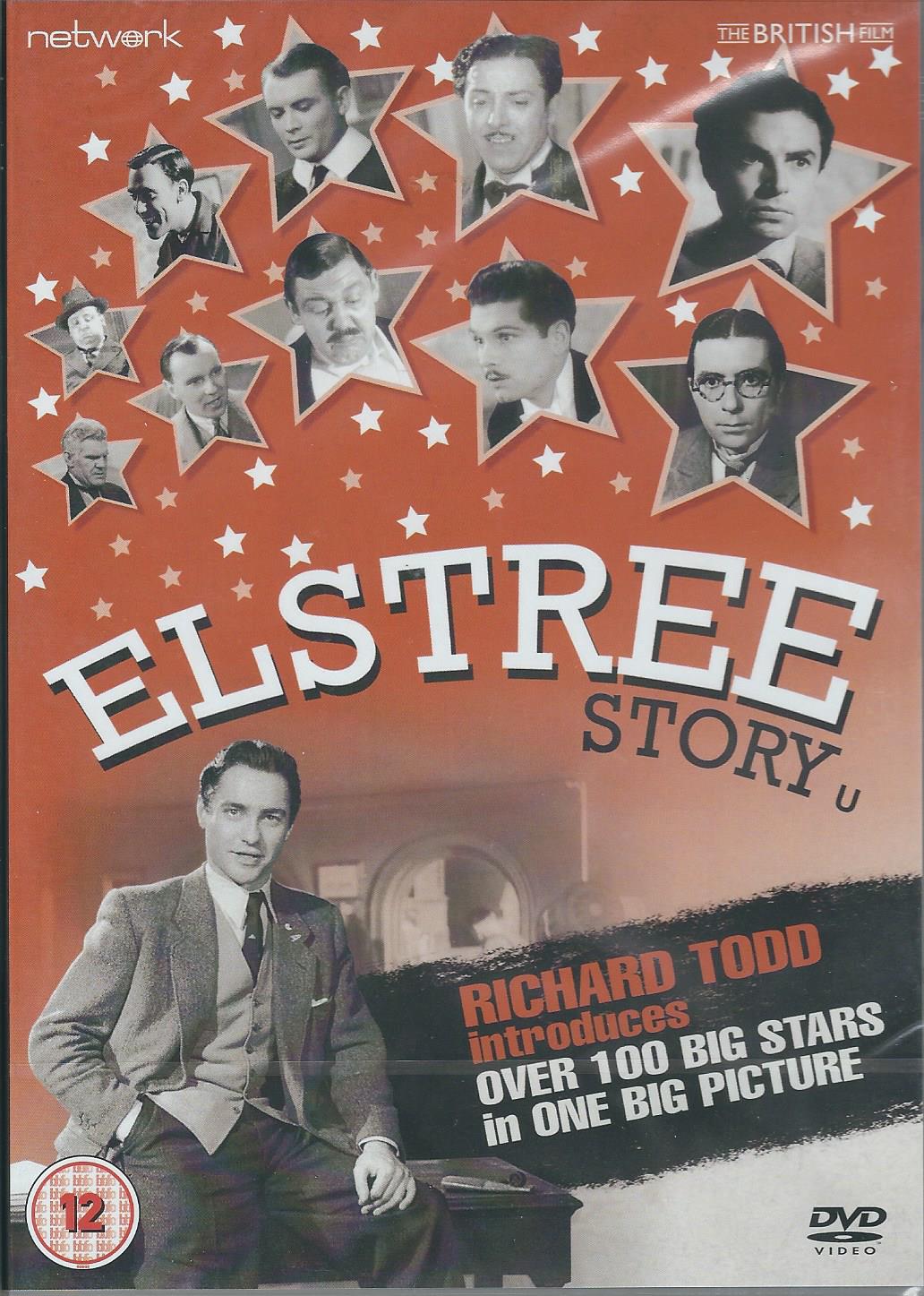 Richard Todd, perhaps best known for his portrayal of Wing Commander Guy Gibson in The Dam Busters, introduces this fascinating and rarely seen documentary from 1952.  Elstree Story is a profile of the legendary studio; of the pictures made there, and the stars and technicians who helped make it one of Europe’s greatest production centres. Now this brand-new transfer from the original film can be yours.

The story of Elstree goes back to the silent era, a magnificent legacy. Outside of Hollywood, no town in the world has boasted as many film studios or as great a list of productions as Elstree and Borehamwood.  It would be a tragedy for that to be forgotten, to be passed over by history.

What we call “The Elstree Project” is recording the story of all those studios.  It’s an important archive that’s being constructed here, enjoyable for viewers    of all ages in years to come and a valuable source of unique information for students, film buffs, people writing books

It works on many levels.  And it continues the story of the Elstree Studios, a famous motion picture studio over 80 years old and still going strong, a real survivor.

When the chance came for Network Distributing and the partners involved in “The Elstree Project”, Elstree Screen Heritage and the University of Hertfordshire, to combine forces on the new release of the 1950’s film The Elstree Story, everyone jumped at the chance.  The result, a newly- commissioned interview filmed by students of the University’s Film and TV (Hons.) course, is included on the DVD.

In the interview Paul Welsh MBE, official film historian of Elstree Studios and Chair of Elstree Screen Heritage, starts to answer such questions as:

– Who inspired the original filming of “The Elstree Story”?

– Why did plans to release a sequel in the 1980’s to celebrate the 60th anniversary of  the Studios come to nothing?

– How did the Elstree Studios escape total demolition by Brent Walker after it sold off 12 acres of the site to Tesco?

– Why was the subsequent “Save Our Studios” campaign able to attract support from across the world?

– Why is Elstree Studios so prosperous today, and what might the future hold?

If you live in the UK you can use your credit card to secure your copy by simply hitting the button below in order to provide your payment details to our PayPal account.

If you live in Europe you can use your credit card to secure your copy by simply hitting the button below in order to provide your payment details to our PayPal account.

Otherwise please send an e-mail to bob.redman@btinternet.com and we’ll arrange payment and shipping.